What is the link between Mortehoe and Thomas Beckets Murder?

Posted on May 31, 2015 by woolacombemortehoevoice 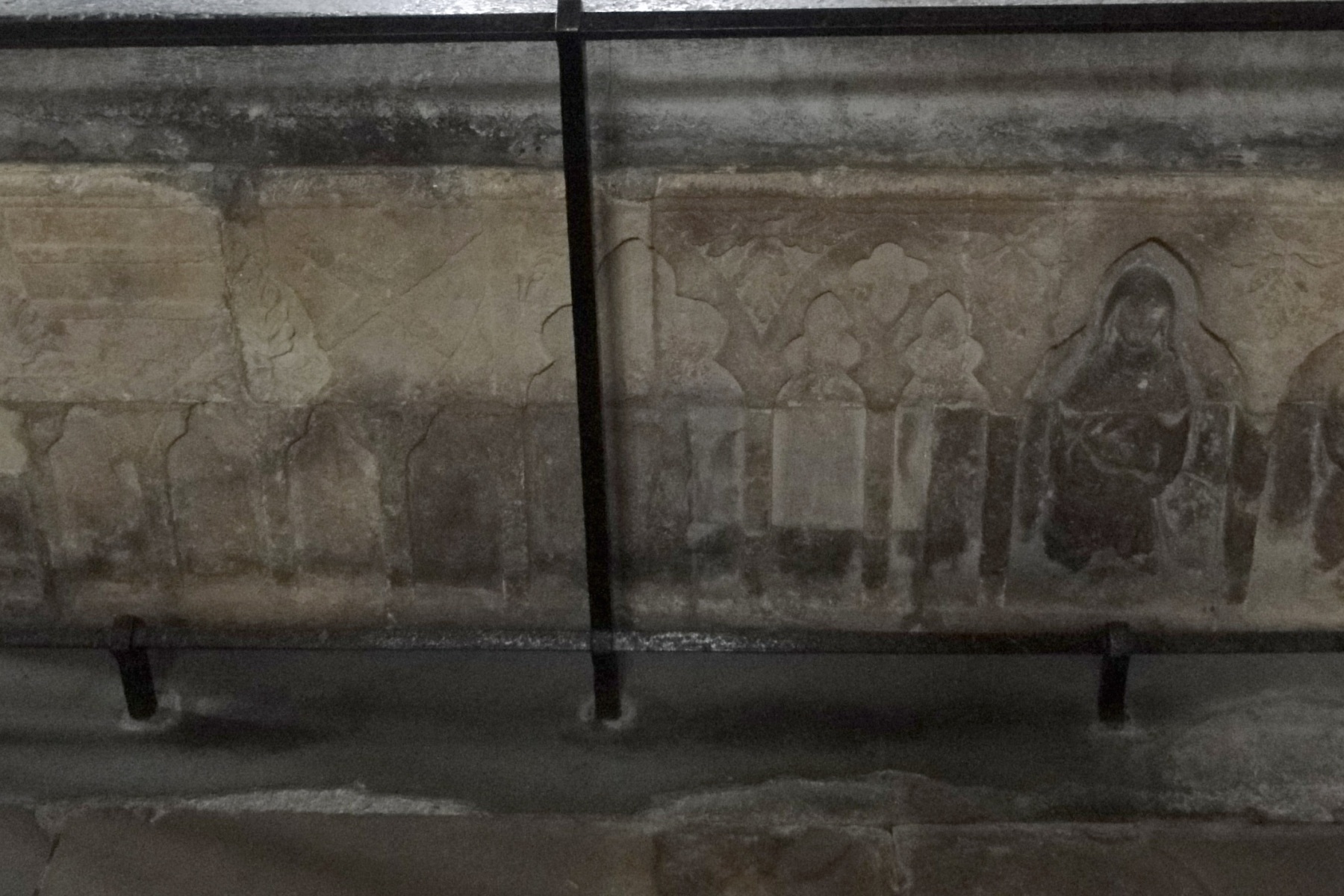 Thomas Becket was born around 1120; he was the son of a prosperous London merchant. At the time of Thomas’s birth, Medieval England was ruled by the church and its views. The fear of going to Hell was very real and people were told that only by going to a Catholic Church, could your soul be saved. At this time, the most important position in the church in England was the role of Archbishop of Canterbury.

The Archbishop and the King of the country would work together, however, a King was unable to remove a pope from his position, the pope could remove a King by excommunicating him, leaving his soul to be condemned to Hell. People of England struggled at times between their loyalty for the King or to the Pope. This was the case with Thomas Becket and the then King, Kind Henry Viii.

In 1162 King Henry appointed his long-time friend Thomas Becket to the role of Archbishop of Canterbury. At this time the church ran its own courts, allowing any member of the church to be tried by the church rather than a by a royal court, the church courts often gave lesser punishments something Henry felt he could change with the appointment of his friend Thomas Becket. He hoped that Becket would do as he wished and toughen the sentences; this was not to be the case. The spot of Archbishop changed Becket; he no longer followed his luxury lifestyle and started to favour the simpler things in life.

Slowly, a rift formed between the two former friends. Thomas agreed less with Henry and famously following an incident where Becket had betrayed Henry, The King is reported to have shouted “Will no one rid me of this troublesome priest?”

On December 29th, 1170 the four Knights killed Becket in Canterbury Cathedral. The following report was give as to what happened next:

The four conspirators, Reginald Fitzurse, Hugh de Morville, William de Tracy, and Richard le Brey, entered the cathedral. The three knights struggled violently to put him on Tracy’s shoulders. In the scuffle Becket fastened upon Tracy’s shoulders, shook him by his coat of mail, and, exerting his strength, flung him down on the pavement Fitzurse, glowing with rage waved the sword over his head, cried, “Strike! Strike!” but merely dashed off his cap. Meanwhile Tracy, who since his fall had thrown of his hauberk to move more easily, sprang forward and struck a more decided blow. Grim, the monk, who up to this moment, had his arm around Becket, threw it up, wrapped in a cloak, to intercept the blade, Becket exclaiming, “Spare the defence!” The sword lighted on the arm of the monk, which fell wounded or broken, and he fled, disabled. The next blow, whether struck by Tracy or Fitzurse, was only with the flat of the sword, and again on the bleeding head, which Becket drew back as if stunned, and then raised his clasped hands above it. He said, “Into Thy hands, O Lord, I commend my spirit.” At the third blow, which was also from Tracy, he sank on his knees, his arms falling, but his hands still joined as if in prayer. In this posture, he received from Richard le Brey, a tremendous blow aimed with such violence that the scalp or crown of the head, which it was remarked was of unusual size, was severed from the skull, and the sword snapped in two on the marble pavement. This story differs from those of the several writers of English history, insomuch, that Tracy simply put his hand on him, and arrested him in the name of the king, but did not strike him; but he was killed by Fitzurse. Before Becket died he put a curse on Tracy’s family, a water curse. His family will always have too little or too much water.

Pope Alexander would excommunicate the four Knights and banned Henry from taking mass until he completed his penance. He would be absolved of Beckets murder and continued to reign until his death in 1189.

What happened to William De Tracey?

It is thought that a tomb which lies in St Mary Magdalene’s Church in Mortehoe could be that of William de Tracy. The tomb carries the inscription “Sir William de Tracy”, with a life size figure of a priest in full vestments, holding a chalice is incised on the marble upper slab.

The inscription is much defaced, but was recorded thus by Tristram Risdon (d.1630):

“On whose mangled monument I found this fragment of a French inscription, in this ancient character: ‘Syree William de Trace-Il enat eeys-Meercy'”.

The family of De Tracy were lords in Barnstaple; therefore it is possible that De Tracy should seek refuge in the area, where his relations were powerful. Morte was a likely place as it gave an opportunity for further flight to Lundy, Wales or Ireland where the King at that time possessed little authority.

Locally it was reported that De Tracy fled to the area hiding in a cove west of Illfracombe, it is thought he stayed here for two weeks being visited and fed by his daughter, he is then believed to have retired to an old farmhouse in Mortehoe, where he lived out the rest of his life.

So is the tomb that of Legendry Sir William de Tracy? Or could it be the William Tracy believed to have been a rector in the parish in 1322? Some writers believe that on returning to the area de Tracy did in fact become a priest and is buried in the church with his wife and daughter, others report his restless soul haunts the beaches of Woolacombe.