Posted on June 12, 2018 by woolacombemortehoevoice 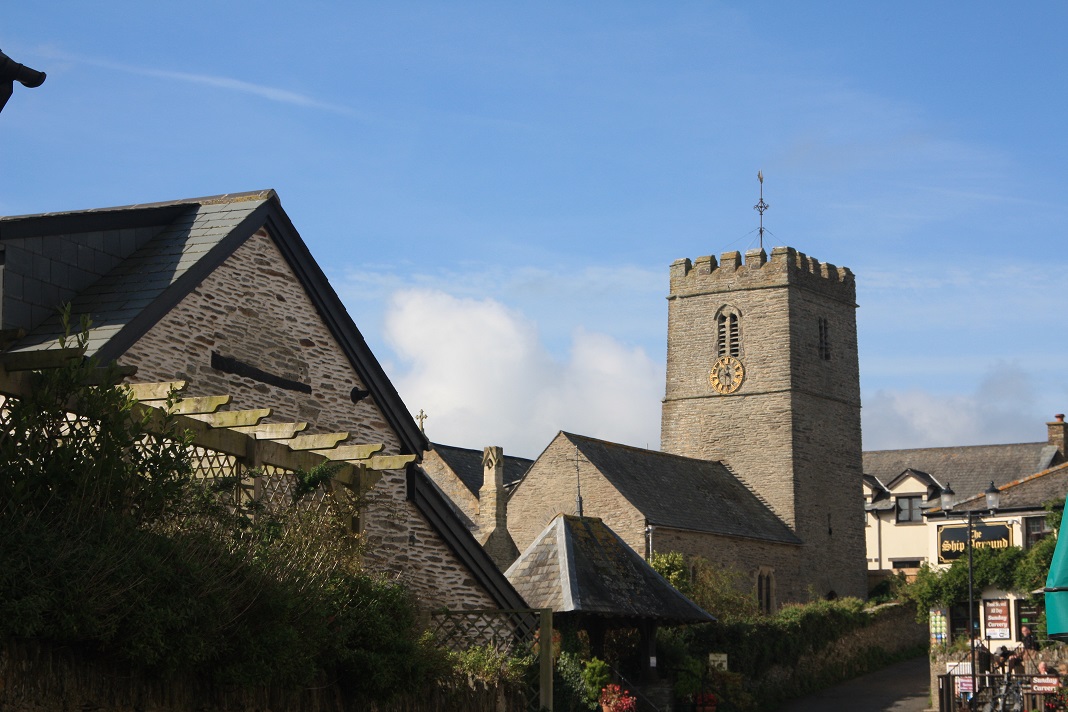 Chasing a kite across Woolacombe Beach is a childhood memory that is as clear as day to me. I had a Garfield kite, and my dad let go of the string. The wind caught it and swept it across the beach, Dad and I running like crazy to try and catch it. Eventually it was stopped by the dunes and I had my kite back. It seemed like we’d been running for miles trying to catch the thing, and what struck me at the time was how big the beach was.

I was about nine years old when the Kite Incident happened. I was in Woolacombe with my parents, and although I don’t remember much else about the holiday in detail, I’ll always remember the beach and the kite. A vast expanse of sand like Woolacombe beach isn’t something that can easily be forgotten.

I hadn’t been to North Devon at all since that family holiday, but when I was looking for somewhere to get away from it all last year, Woolacombe was the first place that popped into my head. I’d been quite ill during the previous few months, and was looking for somewhere quiet to go where I could do some walking, eat good food and get some fresh air. Woolacombe fit the bill – I was going to stay at the Woolacombe Bay, indulge in some good food and walk on the beach every day. It was almost exactly what the doctor ordered.

I’m from Surrey, which is just south of London, and you’re never truly out in the middle of nowhere here. We have the Surrey Hills (including Box Hill of Olympic cycling fame) but even they aren’t really the middle of nowhere. There’s always the distant whoosh of the motorway or the rumble of aircraft passing overhead on their way to Heathrow or Gatwick. Woolacombe is so far removed from this bustly place, and I needed the change, even if it was only for a week.

Some of my friends were sceptical that I could survive a week in ‘the wilderness’, as they called it. ‘You’ll never make it,’ they said, ‘there’s no Starbucks.’ No, there isn’t a Starbucks, but Devon does have WiFi. And besides, I wouldn’t be working during my little getaway. Freelancers and bloggers have a bad habit of working wherever we are, but I deliberately didn’t pack my laptop. I wanted to disconnect as much as I could while I was in Woolacombe.

As I was packing up the car, I found myself wondering if Woolacombe would be like I remembered from my childhood. The drive to get there certainly seemed less of a trial than when I was nine – perhaps that’s because I was driving there myself in my nice big air-conditioned car, and not wedged between suitcases in the back of my Mum’s ageing Metro. It was a long drive, that I remembered, but a couple of stops broke up the monotony and I knew I had a nice hotel room and some good food waiting for me at the end of the journey.

The Woolacombe Bay did not disappoint – the bed was super-soft, which after five hours in the car was very welcome, and after an excellent dinner in Doyle’s, I was lucky enough to catch the sunset behind Lundy Island. My photography skills did not do the sunset justice, so I gave up trying to capture it and decided to just enjoy it. I spent my week in Woolacombe exploring without using the car, taking a walk up to Mortehoe on my first full day there. I had never realised how steep The Esplanade is – I felt like I had blood in my mouth as I crested the hill and entered Mortehoe properly. That hill is a killer, but it was worth the walk.

I walked out to Bull Point Lighthouse, which is the perfect spot to have some sandwiches and a sit down. I bought some incredibly delicious fudge in the post office and a couple of other gifts. I headed back down to Woolacombe, clutching a portion of fish and chips from the takeaway to eat as I walked. It’s very much easier to walk down the Esplanade than up it! I had spent almost a whole day in and around Mortehoe, so I was very tired when I got back to the hotel. I had a camera full of pictures and a pair of sore legs as a reminder of what a good day I had had in such a lovely place.

The remainder of the week was spent exploring the beach. Rockpooling was huge fun, even though all I found was a very small crab who seemed to be asleep, so I left him alone. I built a sandcastle, which made me feel like I was nine again. I spent some time one early morning sitting quietly on one of the benches up above the beach, watching the surfers – that was a good time to think, contemplate and create. I find landscapes like Woolacombe and the surrounding area extremely inspiring and idea-generating. My job is a creative one, and last year’s trip resulted in a design concept for an accessories line that hopefully will become more than sketches one day.

I was sorry to leave Woolacombe at the end of my stay, so I’ve decided that a trip out there needs to be an annual thing. I’m returning in April this year, and I am so excited for my holiday. I can’t wait to walk on the beach again and feel the wind on my face. I can’t wait to feel the burn of my leg muscles as I hike up the Esplanade to Mortehoe, knowing that there’s fish, chips and a good cup of tea waiting at the top for me. And most of all, I can’t wait to be woken up by the seagulls and the distant crash of the sea. Woolacombe is a world away from Surrey, and it’s my ultimate escape.

Category: My Mortehoe My Woolacombe