Posted on October 7, 2018 by woolacombemortehoevoice 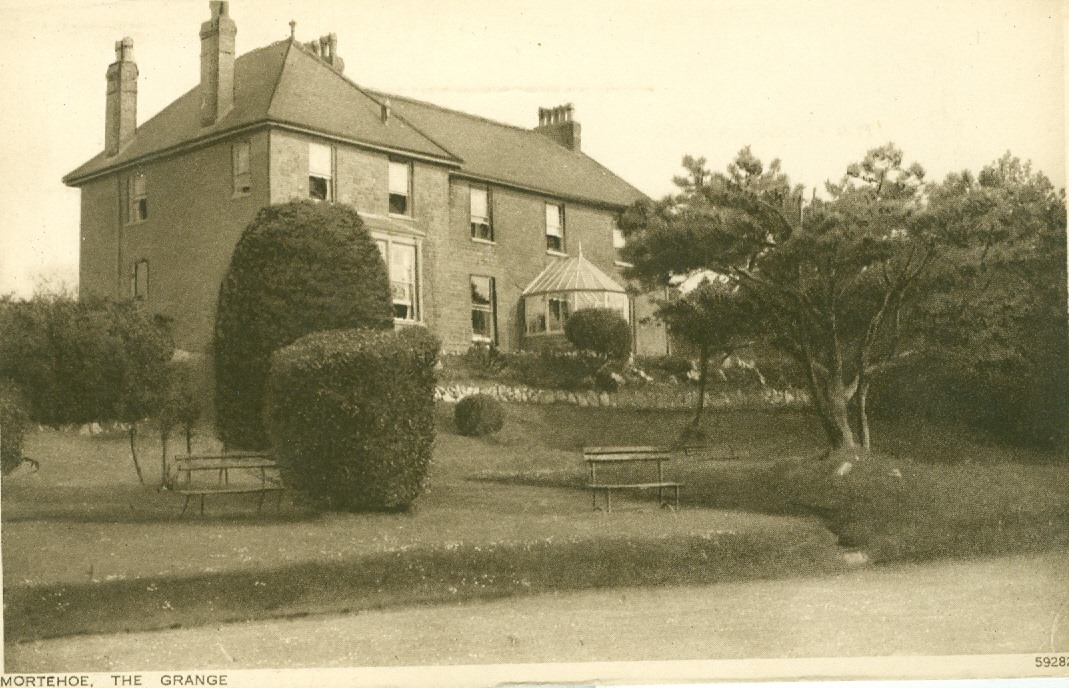 Mr Thomas founded the Grange as a Ministers Seaside Home, he would be the first warden of the home, visiting The Grange whenever he could, but leaving the day to day running to a husband and wife team of housekeepers.

The aim of The Grange, was to provide rest and recreation for ministers and their wives of all denominations, who with their stipends so very low, could not possibly have afforded it themselves.

In The Grange’s visitor’ book are many interesting comments by ministers of numerous denominations. Loud is their praise of the comfort and friendly atmosphere offered at Th Grange. This is a typical entry written in 1885 by a Mr Kick: “I came to The Grange broken in health with nervous prostration, so that I could walk scarcely any distance.

I return to my home comparatively well. It has been the privilege of me and my dear wife to have the company of the generous and loving founder of the house with us, whose genial presence has contributed largely to my restoration. The home comforts of The Grange, together with the grandly wild scenery, the bracing air, and last but not least the religious association make The Grange a very land of Beulah.”

In 1901 Rev. Thomas sadly passed away, the friends from the Church at Redland Park decided that the best memorial would be to form a more secure financial system for the ministers who stayed at The Grange.

They noted that The Grange had been the outcome of Mr. Thomas’s loving desire to help and serve his brethren, and was the object of his unceasing care as a warden.

A memorial window was also added to the Wesleyan Church in Mortehoe.

The Grange during it’s time was also famed for it hydrangeas, which were frequently documented in the press. In September 1912, it is said that “The Grange, Mortehoe, has an exceptionally fine specimen of hydrangea, declared by visitors to be the finest in England. This year it has been one mass of blooms, over fifteen hundred having been counted on it.

Visitors wishing to visit them were asked to contact Mr Fred Miles, the head gardener.

More recently The Grange became a large holiday let, catering for large groups, now up for sale it is described as an imposing detached Victorian property with sea views.