Woolacombe, Mortehoe and The Chichester Family

Posted on December 16, 2018 by woolacombemortehoevoice 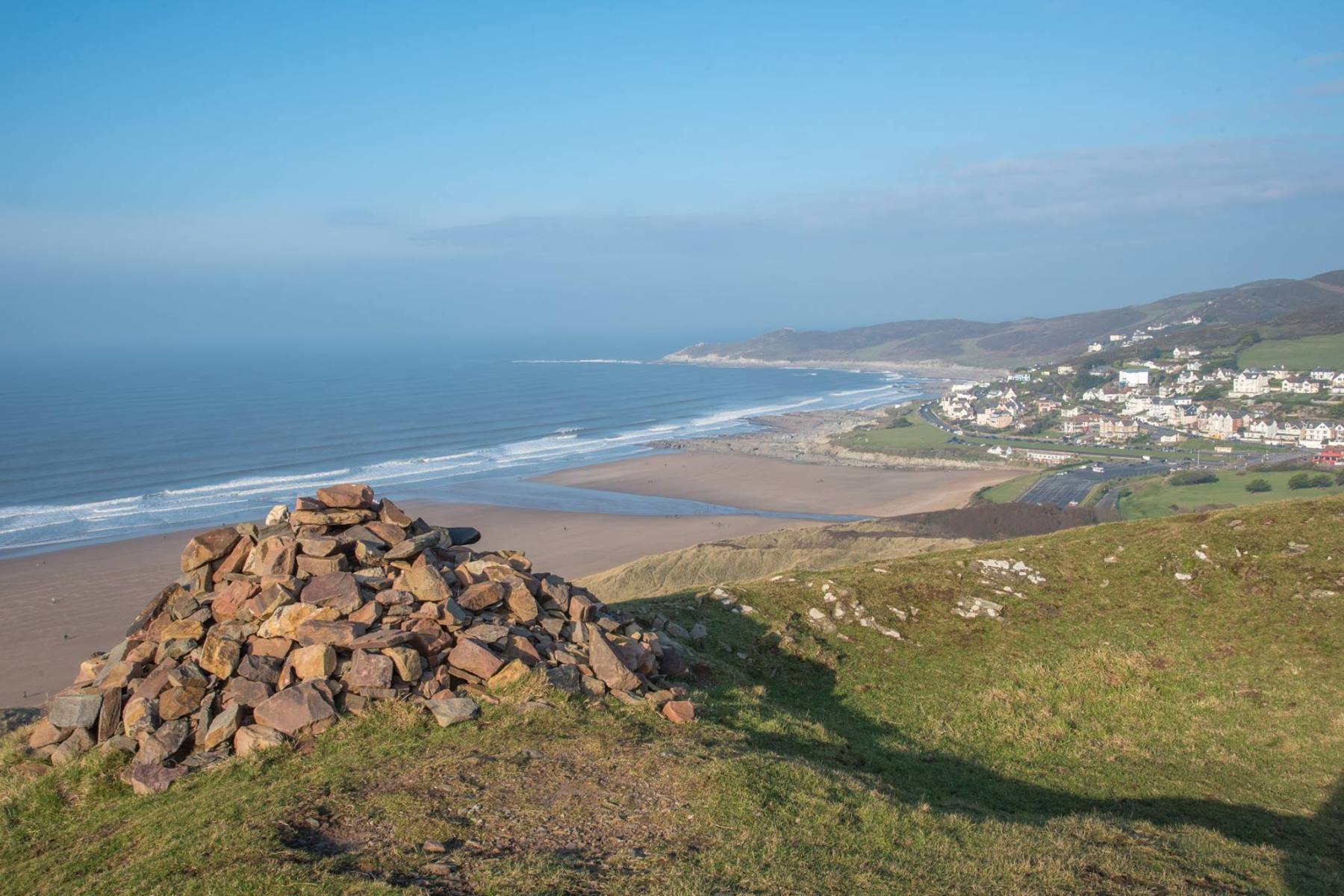 The Chichester family had a strong and important connection with Woolacombe and Mortehoe. The family owned much of the North Devon Coastline including their home at Arlington Estate. Woolacombe beach and the surrounding land was owned by the Chichester family for over 800 years and was later sold to family friends or donated to the National Trust. Whislt the Manor of Mortehoe was bought by the Chichester’s on the 20th April 1618 from Hugh and Arthur Pollard for £600.

The family had many links to Woolaombe and Mortehoe, including their ‘Mortehoe Clothing Club’ set up Lady Chichester, the development and opening of Woolacombe School, the building of St Sabinus Church and the donation of Potters Hill and Morte Point to name just a few.

Mortehoe Clothing Club was set up by Lady Chichester. On being asked about the club a local villager said “It is like this, if me or any of us poor folks put in a shilling a month and then the lady put in a sixpence to our shilling.  Yes ‘tis a great help for us that have got families and never could have any clothes otherwise. I have bought up nine of my twelve and I can assure you I have had enough to do.

The village treated it as a festival. “As Lady Chichester’s carriage approached, cannon were fired and the church bell set ringing. All the women belonging to the club and all the village school children met the carriage about a mile outside of Mortehoe and followed the procession, carrying evergreen branches along with flags and banners. Twenty sturdy mechanics then took the carriage horses out of their harnesses and physically hauled the carriage to the Chichester Arms public house in the village, on the way the passed under four arches stretched across the road, profusely decorated with evergreens and banners bearing suitable inscriptions.

A little later the actual distribution of the clothing took place ‘when all the demonstrations of rejoicing were renewed with still great hilarity. The village cannons were again discharged with ‘seven musketeers’ adding their well sustained volleys to the heavier metal, and a brass band from Braunton marched around the village playing as they went.

The clothing was given out in a room in the public house along with tea and cake for all the club members. Lady Chichester, also gave every woman half a pound of tea ‘to keep Christmas at home’.

The distribution of clothes over, the members of the club formed into sets of four and began dancing the ‘Brixham Reel’. This was an impromptu forerunner of what was to come later the same day. Over the door of the club house had been hung a notice ‘Lady Chichester invited the members of Mortehoe Clothing Club to meet her at Woolacombe this evening at eight o’clock at the ball’ The ball was held in the manor house which had been tastefully decorated and was lit by several chandelier’s.

The original church of St Sabinus, was located where the current  Church car park is now situated and was known as the Iron Church. Prior to the building of the new church, worshippers attended services in a club room lent to them by the late Dowager, Lady Chichester of Arlington.

The Iron Church was considered cold in the winter and insufferably hot in the summer, it soon became too crowded, and overflowed during the busier months as many visitors to the area would use the church. It was deemed time to build a new church on this site.

The new church was funded by Lady Chichester who gave the land for the building of the church. The foundation stone of the the new church was laid by Miss Chichester, the event was attended by a large number of residents, visitors and church goers.

In 1916 the key to the school was presented to Miss Rosalie Chichester during the grand opening ceremony. The event was reported locally:

“The new County Council School, which was opened amid general rejoicings. It was quite in accordance with the fitness of things that the ceremony should have been performed by Miss Chichester, of Arlington Court, inasmuch as it is to this noble hearted lady that Woolacombe is indebted for the magnificent site on which the School stands. To the generosity of Miss Chichester, indeed beautiful Woolacombe owes largely the facts of its rapid development of late years; and it was only natural that in recognition thereof the warmest of tributes should have been paid to her in Saturday’s proceedings.”

Amid rousing cheers Miss Chichester proceed to unlock the main door at the Woolacombe end of the School, and the company they adjourned to the adjoining large classroom.

Miss Rosalie Chichester gifted Potters Hill to the National Trust to commemorate the Silver Jubilee of King George V. The gift of some 30 acres of land was given in 1935 and has only been revealed by the placing at the entrance to the ground of a granite block bearing an inscription recording that the land had been handed over as a gift. No official ceremony marked the placing of the stone.

Previously Lady Chichester gifted the headland of Morte Point to the National Trust, totalling some 180 acres of land.