Posted on February 18, 2021 by woolacombemortehoevoice 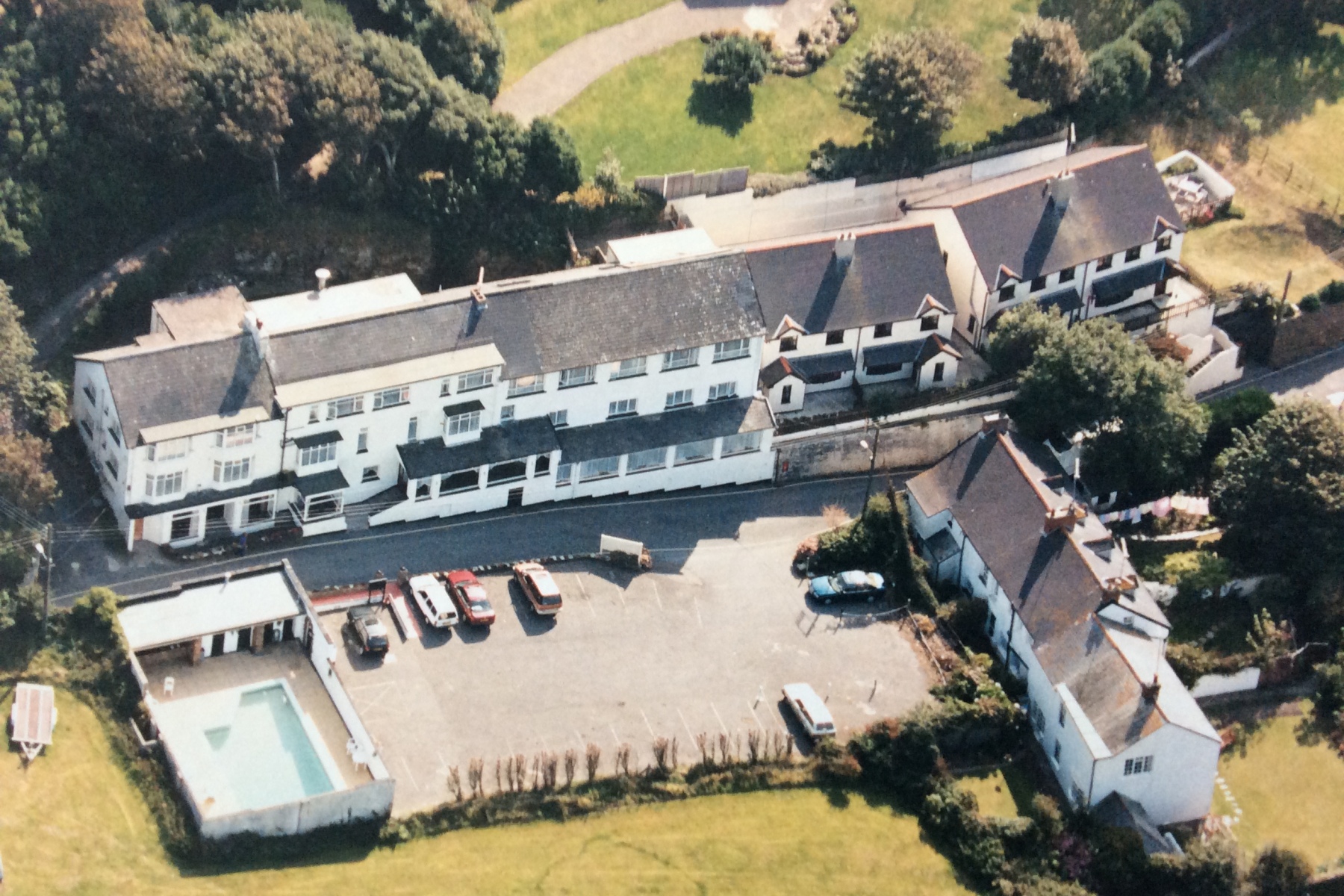 The Rockham Bay Hotel, previously started its life as a smaller hotel, run by William and Andrea Charlesworth.

In 1946 the the hotel was descried in a local newspaper article as a small friendly country by the sea side hotel, with a big reputation for comfort good food and service.

William and Andrea set on developing the hotel and in 1948 the hotel had requested a license to sell liquor which was rejected, the reason for the opposition had been that liqueur was ‘in shortage’ locally and they did not want to encourage it. I am not sure what happened in that year, but by 1949 the licence was granted excluding Scotch whisky and port, as there was ‘no shortage of intoxicating liquor’.

The court said the character of the applicant was everything that could be desired, and the property was satisfactory. The police offered no objection and the bench granted the application.

By 1955 the hotel had become known as The Rockham Bay Hotel, and was described in The Sphere newspaper by a journalist who had stayed there: “Another night was spent in a small but compact bedroom at Rockham Bay Hotel near Mortehoe, formerly named Hillside Cottage Hotel.

The change of name became necessity, for since Mr. And Mrs W.S . Charlesworth acquired
the hotel it has grown from some dozen bedrooms to forty. Apart from its compactness and reputation for catering, Rockham Bay Hotel draws clientele as much as anything for its friendly informality, It is one of the those all too rare British hotels where one finds oneself making new friends soon after arrival”